Brought to you by The POINT TV and The Presentation Coach 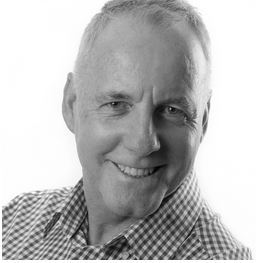 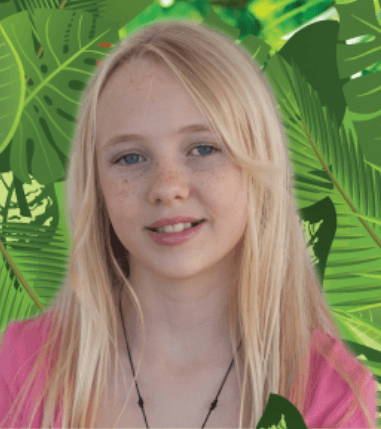 Meet Holley the inspirational 13 year old on a mission to change the world and make it kool 2 B Kind!

Holley will share how she started her own Charity Foundation at age 8 to help the planet, people and animals in need and is now launching a global social enterprise to bring innovative solutions to palm oil destruction to the world, after working with the Dayak people of the Borneo rainforest and Movie producers from Rise of the Eco Warrior.

Holley will share her story of coming through adversity and how this led to her finding her purpose and passion - coming through Autism, and other health challenges

Holley Somerville-Knott is the 13 yr old CEO & Founder of her own charity- The Stardust Foundation, which she created at age 8 to help the planet, people and animals in need.

Holley is also the Founder of Tell Someone Who Cares © - a Global movement with a product range to raise awareness and funds for solutions to the palm oil production in Borneo, she has been working with the Dayak people who have created a no waste factory processing coconut and illipe oil that will feature in the products - , this creates and economy and a way to say no to the palm oil production- Miranda Kerr’s Mother is the Ambassador

Holley is also an award winning Actress, Public Speaker, Environmentalist , Humanitarian , Singer, Entrepreneur, Presenter, Reporter, MC, Slam Poet and Peacemaker and recently appointed United Nations Australia partner and speaker, who cares deeply about the planet and all species. Holley's mission is to spread kindness and compassion, educate and inspire people to stand up for what they believe in, unite together and co create a sustainable and peaceful Mother Earth and Have Fun!

Holley is particularly passionate about the issues of climate change and the environment, animal welfare, and homelessness, human rights and many social justice issues, she campaigns for alternatives to be used instead. Holley also writes songs, she talks with politicians, media and raises awareness on these issues any way she can.

Holley has also had lead roles in musical theatre performance School, and other performances and also appeared in music videos.

Holley sings and speaks at Schools, Nursing Homes, Hospitals, Festivals, fundraisers and busking to cheer people up and bring joy to their hearts! she also performs and sings her signature soul/ blues/jazz and rock, being compared to singers like Joss Stone, Etta James and Aretha Franklin, rallying crowds and raising awareness and money - 100% of the money she earns is donated to the above causes.

Holley has worked with many organisations so far, the most recent is the United Nations Association ,also HBO New York, Uplift Festival, many charities, Earth Guardians Colorado, been a contestant on The Voice TV Show, and has been touring the Jazz/blues circuit.

Also in the pipeline - a comic book series about her adventures to inspire and entertain others called Holley Unleashed.

A spoken word music video about homelessness and habitat loss

Do you have a story to tell, and you would like to join me on THE POINT TV?  Simply click on the link below to find out more.

We know you are going to enjoy the show

While you are here

Do you have an amazing story to share about the Learning environment and would like to promote yourself as the authority? Start here

clicking the above button will open up another window

Thank you for your interest. It will be great to share your story to our community.

Enter your details here and one of our team will contact you.